Kondolole Films and the Brazilian animation studio TV PinGuim are pleased to announce the launch of their new animated music-based preschool series Ping and Friends.

The series follows Ping and her friends as they find musical inspiration in unlikely places. While having fun with words and sounds, they come up with the most fantastical tunes imaginable. Ping and Friends help young viewers grow their vocabulary, disc over rhythm and rhyme, and experience an array of musical genres.

Ping and Friends Games and Application

Based on the Ping and Friends TV show are 3 musical games that explore sound, rhythm and melody. The games offer three original musical activities that allow children to enrich their musical knowledge and extend the reach of their musical learning through play: 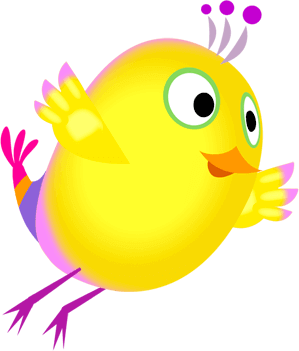 The application "Music with Ping and Friends" is available for download through the iTunes store as well as Google Play. The web version of the game is offered online.

Visit the Ping and Friends games on TVOKIDS.com

The series’ collection of musical video clips will be offered online on YouTube.

Music is everywhere and Ping & Pong are going to find it

Short Description: Music is everywhere and Ping & Pong are going to find it